Life is a mystery meant to be decoded by all of us. Life is a maze with intricate twists and turns , meant to bewilder us and make us question every step of ours. Life plants within our minds a host of questions and doubts . So we are in constant search of the key to this mystery and the map of this maze. But the question is how successful we prove to be in our endeavours? Are we searching the key and the map at the right places?

As a child my questions  were pretty simple to answer. “Why is the sky blue?”, “Where does God  live?”, “Why is sugar so sweet?” etc. Or may be the questions weren’t so simple; but they were easy to answer because I accepted everything on the face of it. Logic and reasoning had not settled upon me yet. More importantly they were questions about the outside world and not essentially about myself.

But the level of difficulty in finding answers to my question kept on increasing with my transition from childhood to teenage. Now these questions were mostly about myself and I had developed these rigid filters which discarded most of the answers, that I was able to gather from friends, family and to a great deal T.V,  as illogical and irrelevant to my circumstances. “Why should I listen to everyone when none listen to  me?”, ” Why am I forced to behave in a particular way?”, “Should I or should I not?” etc.

As I stood at the threshold of adulthood when I was 16 and 17, primarily juggling with my high school examinations, career planning and maturity, these questions and self-doubt became much more intense and tormenting. “What if I fail?”, “Am I capable enough?, ” Is it a better decision to stay quiet than to speak my heart loud?”, ” Should I take the risk to take the path less travelled?”. The realisation of the fact that my decisions would affect those around me complicated things and the desire to get everything right pushed to me to greater levels of anxiety.

The key and the map were nowhere to be found.

Soon a realisation hit me. Perhaps I was searching for them at the wrong places. I was looking for  them in the world outside me hoping that perhaps my parents or friends or teachers or books or just anyone would answer my questions aptly. But I never bothered to ask myself those questions and that I accept was so foolish of me because,

Who can know me better than myself? Why should I be dependent on others?

So with this it became a daily routine for me to talk to myself. It is a wonderful journey to form a bond with your innerself. To create a place within you where you can embrace yourself without any conditions. 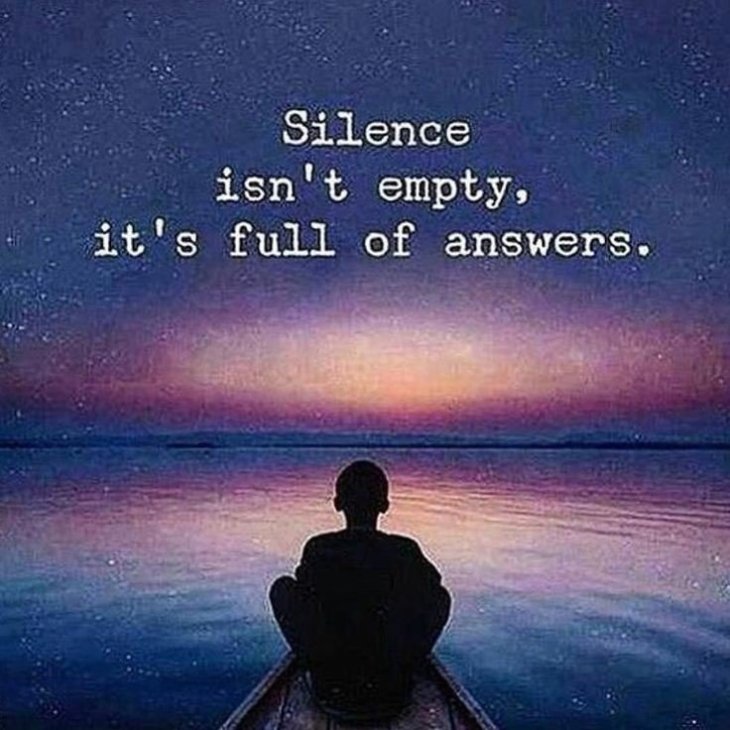 Every morning I sit down in complete solitude. I speak out loud in my mind, things that bother me and then closely observe my thoughts. I appreciate myself for the good things I had done the previous day or accept my mistakes followed by a promise to improve them.

Believe me, the peace you find in this way is unaffected by the outside world because its roots have manifested themselves within you which is a sacred place.

Therefore trust yourself. Look inside you. There is Everything that you need, even the key and the map. 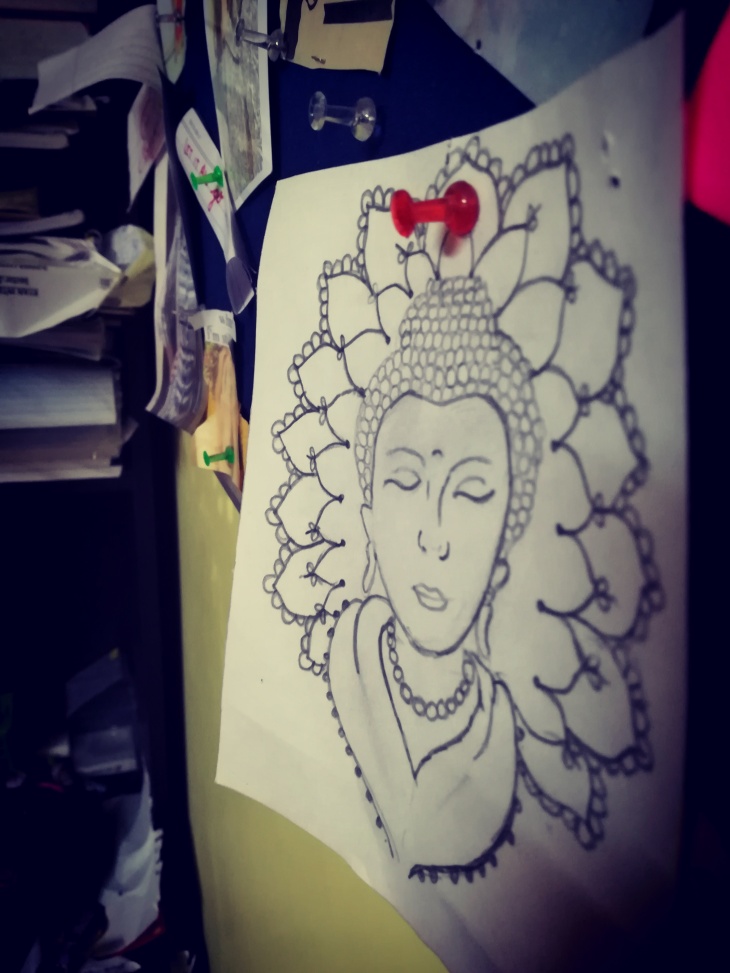 Faith is like an ocean, deep and wide. It is enormous enough to give refuge to all those who come to it finding their shores.

Boats laden with all kind of emotions float on its waters.  Hope allows them not to drown.

Flies with the wind

Comes back to me
Rejoices

‘The world is beautiful’

……And she understood the conspiracy behind her being unique.

The society builds for its members certain kinds of frames in which everyone is expected to fit regardless of their features and their choices. The one who doesn’t, is criticized , tormented, made to be afraid and finally crushed.

Females are always told what to wear and what not. Sometimes I wonder,  all that people see in a women is her ‘appropriateness’ ( like if they get sometime off from staring at their skin). It doesn’t matter if you are a girl next door or a celebrity like Priyanka Chopra. ( C’mon its her choice as to what to wear while meeting the PM and believe me she looked just perfect.)

We all are fighting and struggling with it, either in silence or through rebellion. Let me a share a small conservation I had with an uncle who leaves in my neighbourhood. This small talk gave me some sense of satisfaction and I could not help myself from sharing it with you all.

So the scene was that a few students were waiting for their bus in the morning. One of the girls was a wearing salwar suit ( for my foreign friends, its a an ethnic Indian dress) which is actually her school uniform. Her father, who can be perceived as a prototype of men overeaten by stereotypes in particular to “ideal way a women should behave”commented that girls don’t look good in skirts . So salwar suits should be the school uniform of every school. After all salwar suit is the traditional attire of India and we must preserve our culture. And this seemingly casual remark was followed by a long pathetic speech on how girls stand as torch bearers of the movement to protect our Indian ethics. Put it differently how some modern girls are contaminating our traditions with their inappropriate dressing styles.

As he ended there was a spark in his eyes like the one in the eyes of Manga characters. His ears must have been imaging a thunderous round of applause and cheers.

And there stood I feeling the warmth of my boiling blood.

His glance now caught my eyes. He was waiting an approval from my side. I decided to agree with him.

“Yes Uncle. You are absolutely right . Why not? But just one thing, if it’s such s noble task to preserve our culture,  then why should we discrimante against boys? Let them also wear dhoti kurta to school. Because as far as I remember trousers and shirts are of English origin.”

And if the matter is something else, then please Uncle be kind enough to keep it with yourself. Thank you!”

His face made an awkward expression  that reflected his distaste for my view point but I didn’t  care.

Let me make one thing clear, through this post I don’t want to fight for a girl’s right to wear skirts or short dresses, but a girl’s freedom to wear whatever she likes and wants; freedom that she won’t be judged by her clothes. A girl wearing a skirt will not be seen as ‘characterless’ and the one wearing a saree will not be underestimated and disregarded as behen ji.

I am not restricted to my clothes…i am beyond material!

share your thoughts with me and with one another

stereotypes will freeze if we will not break the ice !

Well, my board results have come and yes I am very happy with my percentage. But it has been accompanied by a lot of confusion.

First of all, I want to make a career for myself in journalism and mass communication but I want to take it up at post graduation level. For my graduation, I want to take up some course that would help me build a knowledge base. So after a lot of thinking, I decided to go for Political Science Honours.

But yet another dilemma awaited me….the GREAT COLLEGE CONFUSION.For sure I want to get into Delhi University. I am confused between LSR and Hindu.

LSR is at a higher rank than Hindu. But the problem with it is that, first it is very far off from my place and second it is a very isolated college. Hindu, on the other hand is in North campus of Delhi University which like a dream place and has a fabulous and lively atmosphere.

So right now, the state of my mind is a little unsettled. I want to go for the best. Let see where I land!

P.S.-Please give me your suggestions, what do you think and what you would have done if you were at my place.

Who listens to you

When you can’t control emotions

Who gives you the freedom to

Who remains quiet and just listens to you

When you feel burdened, dejected, broken

All you need is someone

Who refuses to be judgmental

Who doesn’t gauge the depth of your emotions

Who doesn’t want to control them

Who just listens without responding

Without keeping anything for long

Sometime all you need is someone